I would like to start by saying that I have never really been “addicted” to sugar. Like most other kids, my parents were the ones who chose what I ate as a young child. They weren’t restrictive – but rather selective – while trying to make conscious decisions of what they fed me.

My parents wanted to make sure that when I got older and made my own eating choices, I wouldn’t go crazy and over indulge on foods I was not allowed to eat as a child. Instead, they wanted me to be raised with an awareness of food and how some things were better for me to eat than others. Through this mentality, I began to shape my palate for food. Most of it seemed right to me, so that probably helped. 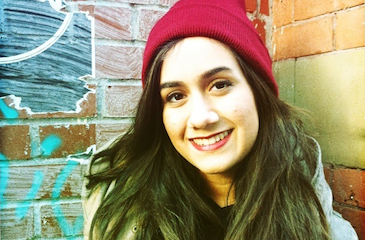 The first time my parents brought me the Magnolia Bakery to try their famously-amazing cupcakes I was probably around five. Sitting on a bench in the park, they took out a cupcake and handed it to me. For some reason, as a five year old my instinct was to scrape off the majority of the sugary frosting before eating it because it was apparently “way to sweet". This amazed my parents, as it probably would a lot of other parents, and I think that's when they knew they were doing a good job raising me with a healthy diet.

About 5 months ago, at the age of 15, I began feeling extreme dizziness quite often. I would get light headed and feel like I was going to pass out. Prior to this, I had been feeling kind of sluggish and always tired no matter how much sleep I got. I didn’t really pay attention to it since I just thought it was the result of dealing with schoolwork and a busy schedule, but when I started getting dizzy I started to worry.

I told my parents and they took me to get my blood tested right away. This was the day before my Thanksgiving school break so we knew I wouldn’t get my blood work back right away. Needless to say, it was an anxious Thanksgiving for me… Anyway when we got the blood results back and we found out three things.

1. There was indication of severe anemia, from iron deficiency.
2. The test showed that I had low thyroid function.
3. There were indications that I was in danger of being a type-2 diabetic.

This was a lot of new information for my parents and I to deal with, although I was kind of expecting to be anemic since I have always hated the taste of meat and have avoided eating it for as long as I remember.

These results meant extreme changes had to happen. My pediatrician, along with parents, helped me alter my diet (very similar to the 14-Day Anti-Aging Detox diet) and set me up on a supplement plan, which included Burn & Build Body’s Optimal Healing Formula and Protein Lean Power Food. I combine these two powders together as a smoothie with a banana and unsweetened almond milk for breakfast every morning.

The protein smoothie keeps me full for a long time and it’s a much better alternative to just eating nothing.

I also had to start incorporating meat into my diet. I now eat grass fed beef, mostly in the forms of burgers because that’s the easiest way for me to get past my distaste for red meat. I cut out all forms of white sugar and have kept only trace amounts of unrefined sweeteners in my diet. I said goodbye to wheat and gluten as well. At first, it was kind of a struggle, but after a couple of weeks it got easy and now I have found alternatives to eating those foods I thought I loved. Yes, it is possible for a kid to live without cookies and pasta.

These changes to my diet have made me feel a lot better and healthier. My dizziness went away. I started to feel stronger and was able to concentrate better. When my blood was tested after just 6 weeks, the anemia had improved, my thyroid function was normal and I was no longer at risk of having Type 2 diabetes.

I’ve continued on with using my Optimal Healing Formula/Protein Lean smoothies every morning and I’ve stayed committed to my diet changes. A few months have passed since my last blood work and I’m seeing some other results... my skin has become clearer and has fewer teenage blemishes. My body has changed. It’s become stronger and I've lost most of the body fat that came on when my hormones became very active.

I feel that I’ve started to understand how my body works, but I know it's a lifelong process... and I am committed to remaining conscious of my eating choices. This summer I have a trip to France and Italy with my Dad. He asked me what I planned on doing about eating while we travel. While I am sure that I won’t be shoving tons of croissants and pasta into my mouth, a taste or two will be just fine!